Watch on-demand with other other attendees!
PLATINUM
GOLD
SILVER
BRONZE 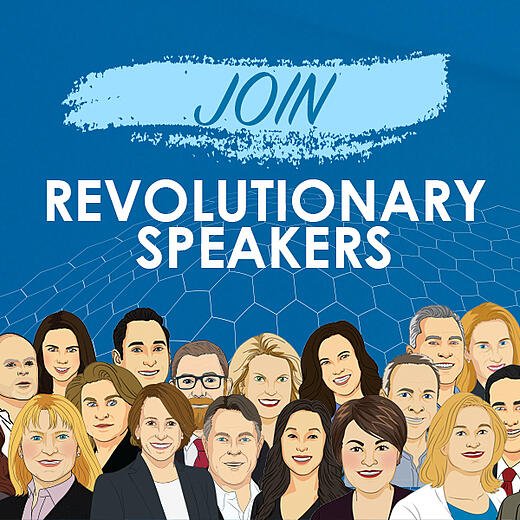 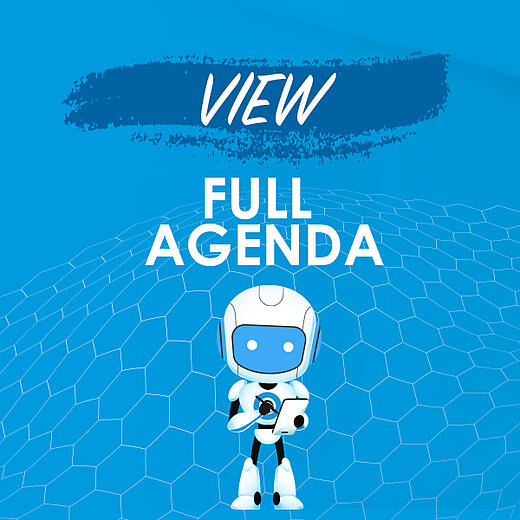 Burnalong, the world's leading health and wellbeing platform, has opened registrations for one of America's biggest corporate wellness competitions, America's Healthiest Company Challenge. The wellness drive initiative helps business owners to redefine the culture of health in the workplace and take a more holistic approach to improving employee wellbeing and health

Today's stakeholders want to be associated with companies that are driven by a sense of purpose and social responsibility; organizations that place a premium on employee welfare and societal wellness. In turn, an organization's culture may be one of the most critical factors to drive success in the new normal

Bank of America announced recently that it will raise its U.S minimum hourly wage to $25 by 2025

The Hybrid Workplace: The Future of Work

The coronavirus pandemic has remodeled work. In the wake of the pandemic, businesses adapted to the changing times by rethinking work patterns, allowing their employees work remotely on all or most work days. As the pandemic declines in many parts of the world, many business owners are thinking of leaving work that way - indefinitely

How Can Corporate Wellness Beat the Mental Health Pandemic?

The COVID-19 outbreak had led to another pandemic, a mental health crisis, exposing the need for stronger mental health awareness and proactive strategies in the workplace

Returning to the Workplace: What Employers Should Be Thinking About

As COVID-19 vaccines are being rolled out across the country and the world, many employers are thinking of resuming on-site work for their employees who have been working from home for more than a year. However, for employees, it can no longer be business-as-usual; there are certain changes that must be on ground to ensure workers return to work safely

How COVID-19 Has Disrupted the Financial Course for Women

The coronavirus pandemic has pushed people to the edge of their financial wellbeing, spurring them to prioritize financial security and resiliency going forward. This is particularly true for women

Walmart has commenced plans to build a suite of digital healthcare offerings with the recent acquisition of telehealth provider MeMD. The move, the company said, is targeted at leveraging data and technology to improve engagement, health equity, and outcomes

More than 9,000 employees have tested positive for COVID-19 in Arkansas as workplaces struggle with the disease in the state.

Several employer groups, including Business Group on Health, the Health Transformation Alliance, ERISA Industry Committee, and National Alliance of Healthcare Purchaser Coalitions, have reached out to hospitals and ASCs across the county, urging them to participate in Leapfrog's surveys

According to a study byTotal Brain, 86% of U.S workers want a corporate culture that encourages them to talk about their mental health challenges and find clear solutions

The COVID-19 pandemic has changed how Americans work, as many business owners remodel work to remote or hybrid patterns. The interesting thing is that these changes may not be reversed even after the pandemic has resolved

Times are hard, and Gen X workers are facing the worst mental health crisis amid the pandemic. Recent data from Total Brain's Mental Health index shows that this strain on worker's mental health has worsened in recent months

Why Employers Should Prioritize Employee Wellness in 2021

HR leaders and business owners are redifining employee perks and benefits in the post-pandemic era. For millions of workers across America, the pandemic has brought them to the most stressful time of their lives, and they now have a heightened health-awareness. Now is the time for employers to pay a closer attention to their employees' wellbeing to rev up productivity

Financial stress has always been a major source of burnout for employees; but when the pandemic hit, the burden multiplied. Now more than ever, employers need to rethink financial wellness, initiating strategies to help employees manage finances better

The pandemic has dealt a huge blow to the corporate world; more finance professionals are reporting more mental health problems as the pandemic continues to disrupt the workplace

HR leaders have found in a recent survey that retaining talent will be the biggest challenge for employers in the coming months. How will employers and HR managers tackle this problem?

Supporting Employee Wellbeing in the New Normal of Remote Work

People who work from home may not have as much fear of contagion but may be overwhelmed by the stress that comes from remote work. Such employees may have to grapple with maintaining work-life balance amid home-related activities. Working from home may blur the boundaries between work and family responsibilities, as employees struggle with more household chores and caregiving duties, including home-schooling and childcare. This hassle puts additional strain on workers’ wellbeing and productivity.

The Pandemic is Chaning Employee Benefits

Employees around the world have described 2020 as the most stressful in their careers. The coronavirus pandemic has amplified financial stress from pay cuts, furloughs, job losses, as well as mental and physical strain from COVID-19 symptoms and death of loved ones from the infection. As countries slowly begin to ease these restrictions and people get back to the job market, one thing is clear: employees have placed a higher value on workplace benefits that address these challenges

Employee mental health and wellbeing had been left on the back burner in the corporate world for decades. But in the wake of the pandemic and the stress that came with it, business leaders are beginning to understand how crucial it is to employee productivity and business success

Finding a New Sense of Purpose in How We Do Business

It has alwsys been held that the central goal of business is to maximize shareholder value, and economists had believed that a commitment to this goal would ensure a business and the society prospers. But examining workplace cultures centered on this goal shows that this narrative is unfit for the twenty-first century world. As a result, the Economist described the 'biggest idea in business' as one that recognizes its responsibilities to an array of stakeholders, from employees, suppliers, and customers, such that the business focuses on adding value to them

One Call has revamped its business strategy in response to the pandemic, creating solutions and enhacing processes to move people through their care journeys more efficiently than before

It's Time for Business Leaders to Rethink Mental Health

Data shows that mental illness is becoming a pandemic, with the coronavirus crisis increasing the burden of mental health challenges. Now more than ever, business leaders need to play a close attention to their wlelness offerings and pivot these strategies to better address mental health problems

In the wake of the coronavirus pandemic, Johns Hopkins University School of Medicine developed a strategy to provide fast access to accurate content in a world that was slowly being plagued by disinformation and conspiracy theories. What started as a news platform to provide information about COVID-19 became a global hub that offers healthcare solutions across the world

Wellbeing is Integral to Rebuilding the Economy

Now that employees are returning to work from prolonged lockdowns and restrictions, one thing is clear on their minds: they have placed a premium on their health and wellbeing, and they expect employers to do the same too

The COVID-19 pandemic has changed our approach to work vis-à-vis our wellbeing. In the new normal of work, employees would love to see more financial benefits and wellness offerings from their employees

Workplace Lessons Learned During the Pandemic

How has the coronavirus pandemic changed your workplace? In more ways than one, the pandemic has spurred paradigm shifts in workplace culture: business leaders are now remodeling workplace technology, structure, and design to fit the demands of the 'new normal'

COVID-19 Squeeze on US Adults Tightens

The impact of COVID-19 on US adults intensifies

One-size-fits-all wellness strategies are ineffective at meeting the unique needs and concerns of a diverse workforce. Consequently, to effectively promote employee health and wellbeing, business leaders need to tailor wellness initiatives to address the individual health concerns of the diverse workforce demographics

Why Employee Wellbeing Should Create the Next Normal

Why employee wellbeing should create the next normal

President Joe Biden pledged Tuesday that his $1.9 trillion COVID-19 relief bill would focus on building on the promise of the Affordable Care Act, allowing people who buy health policies to pay little or nothing out of pocket

The events of 2020 ended the illusion that we can separate our wellbeing (physical, mental, and spiritual) from our work. Between a global pandemic and the related shift in how and where we work, study, and live, there is no longer any question that our holistic wellness is a prerequisite for any action. This has been an awakening for us as humans, but particularly for leaders who have so much influence over their team’s wellbeing.

*About Continuing Education: Global Healthcare Resources is recognized by SHRM to offer Professional Development Credits (PDCs) for SHRM-CP® or SHRM-SCP®. Additionally, the use of the official HRCI seal confirms that this Program has met HR Certification Institute’s (HRCI) criteria for re-certification credit pre-approval.

Navigate sessions on-demand by visiting the agenda page. Though sessions are pre-recorded, we try our best to give you a virtual conference experience with agenda times.

Networking with solution providers can earn you up to $1,000. Our concierge team will coordinate a set of either 5 or 10 meetings for you to explore innovation in your organization.

Receive up to 30 Continuing Education credits for SHRM, HRCI, and more when you attend a session and complete the corresponding form on the session page.

Want to make a difference? Provide us with feedback on your conference experience, and we will use your voice to improve for our extended Healthcare Revolution experience throughout the year, and our 14th annual event next year. 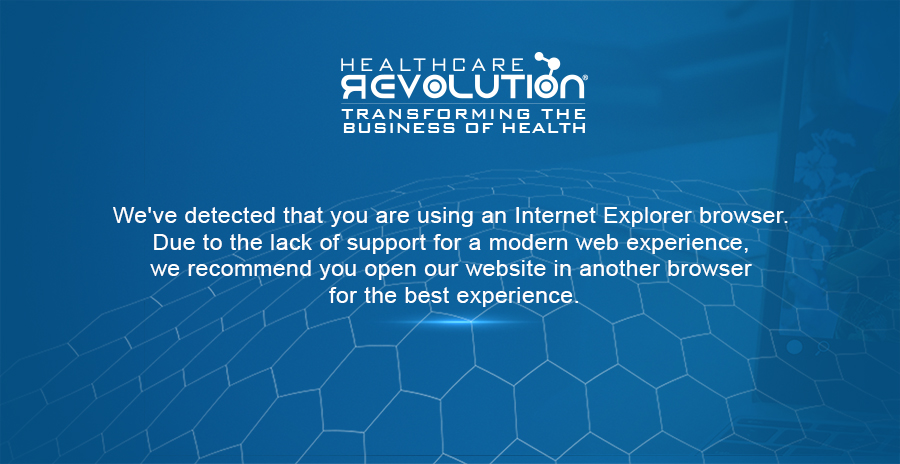